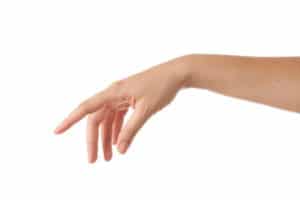 Although most warts are completely harmless and can often go away by themselves especially in children, they are likely making you self-conscious about their appearance which is enough to seek a local wart removal dermatologist who can offer you multiple options for getting rid of them for good.

Warts are benign (not cancerous) skin growths that appear when a virus infects the top layer of the skin. Viruses that cause warts are called human papillomavirus (HPV). You are more likely to get one of these viruses if you cut or damage your skin in some way.

Wart viruses are contagious. Warts can spread by contact with the wart or something that touched the wart.

Warts are often skin-colored and feel rough, but they can be dark (brown or gray-black), flat, and smooth.

Viruses called human papillomavirus (HPV) cause warts. It is easier to catch a virus that causes warts when you have a cut or scrape on your skin. This explains why so many children get warts. Warts also are more common on parts of the body that people shave such as the beard area in men and the legs in women. You can spread warts from one place on your body to another.

Warts can spread from person to person. You can get warts from touching a wart on someone’s body. Some people get a wart after touching something that another person’s wart touched, such as a towel. It often takes a few months for warts to grow large enough to see.

You can get some wart remedies without a prescription and treat the warts yourself. This may be enough to get rid of some warts. The only problem with self-treatment is that you might mistake another kind of skin growth for a wart. Some skin cancers look like warts and you should have it checked

You should see a dermatologist when you have:

Stay up to date with our Newsletter